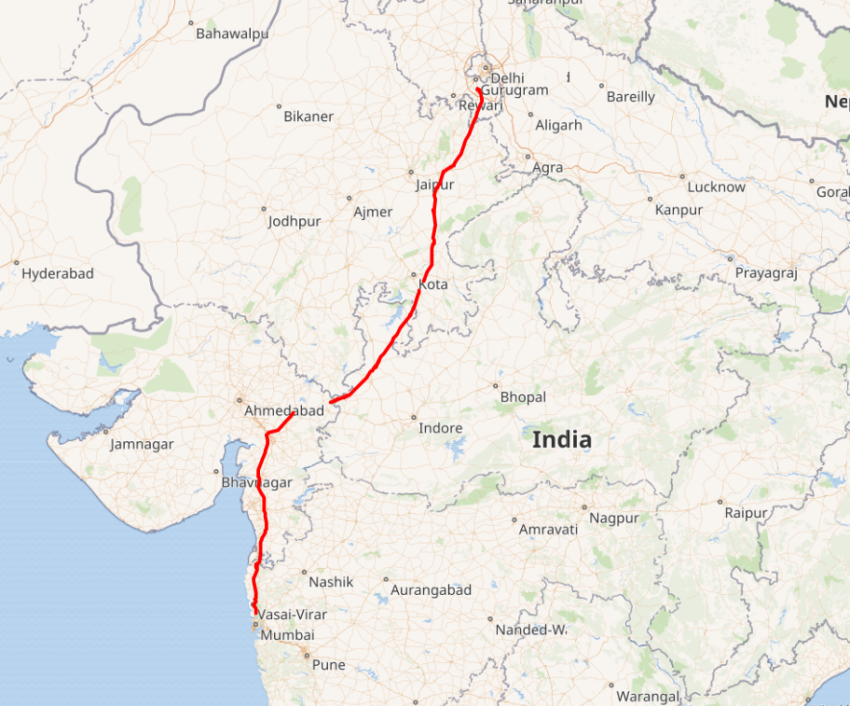 Introduction of An explanation of the Delhi-Mumbai Industrial Corridor

India is building a $90 billion industrial corridor connecting Delhi and Mumbai. So here we try to give An explanation of the Delhi-Mumbai Industrial Corridor. This industrial park will benefit India’s economy as well as local economies. The Delhi Mumbai industrial zone was established for the first time in 2006.

This industrial estate was planned for the 2008 Beijing Olympics to meet the games’ infrastructure needs. India’s iron ore exports from Japan to China were shifted, and efforts were made to obtain ore for Japan from other areas of India.

However, because of the lack of infrastructure, it was logistically difficult and cost-effective to solve this problem for future cases.

The Japanese ambassador then visited India to discuss the possibility of establishing an efficient freight corridor similar to Japan’s Tokyo Osaka corridor.

In December 2006, the concept gained traction. The project was launched after the Japanese and Indian governments signed a memorandum of understanding.

The DMIC, or Delhi Mumbai Industrial Corridor, will be 1483 kilometres long. This industrial corridor will link Delhi, India’s national capital, to Mumbai, the country’s financial capital and largest port city.

In total, 24 industrial projects will be built along the corridor, with investment zones and industrial sectors each measuring at least 200 square kilometers.

In addition to the main freight line, there will be a number of smaller rail connections. In order to increase manufacturing’s share of the Indian GDP to 25% by 2025, India hopes the DMIC will become a high-tech industrial zone and create 3 million jobs.

In 2018, manufacturing contributed only 14.8 percent. The DMIC will be funded 90% through public-private partnerships with companies investing in industrial plots, industrial land, and projects that will increase in value, with the remaining 10% coming from foreign investment.

Japan has already loaned the DMIC 4.5 billion dollars, which will be spread across six states as well as Delhi, a small federal territory.

One investment region and one industrial area will be built in Uttar Pradesh within 80 kilometers of New Delhi, as well as a 3500 megawatt power plant and a smart city in Noida with a logistics hub and a new international airport.

The second state is Haryana, which will include two investment zones and two industrial zones, as well as a smart city and a rapid transit bus system in Gurgaon.

Rajasthan will have two investment regions and three industrial areas, as well as a smart city with a logistics hub and the Bivari dry port and logistics hub.

The fourth state is Madhya Pradesh, which will include two investment zones, two industrial zones, and a smart city called Vikram Industrial Township outside of Ujjain.

Gujarat is the fifth state, and it will include two investment zones, three industrial zones, a rapid transit bus system in Ahmedabad, and the largest new city in India, Dollara. Dollara will be a massive new smart city covering 920 square kilometres and home to one of the corridor’s new international airports.

It will be India’s first high-speed rail line. Since the MOU was signed in 2006, the corridor has advanced significantly during Abe Shinzo’s visit to India in 2007. In 2008, he and Manmohan Singh were presented with the final project concept.

In 2011, the DMIC development corporation, a government-owned company in charge of establishing and marketing the corridor, was established. The project was officially approved, and construction on many of the buildings has begun since then.

The western dedicated freight corridor is 56 percent complete, with completion scheduled for December 2021. The 1250-kilometer Mumbai-Delhi Expressway is currently under construction and is scheduled to open in 2023.

The Aurangabad Industrial City has been under construction since 2016. Satellite imagery from 2019 shows the 4.5 square kilometre first phase, which includes numerous roads.

The city was inaugurated on September 7, 2019 by Prime Minister Narendra Modi. Madhya Pradesh’s government has set aside five square kilometres for Vikram Smart City, which will be located between Ujjain and Diva. s footage from June 2020 shows completed roads, a water treatment plant, a sewage treatment plant, an electric substation, water tower and other structures.

Residential buildings will be built in Greater Noida once these utilities are completed, and an integrated industrial township near Delhi is being developed. It will include many high-tech industries as well as residential areas.

The first phases of all of these new cities have received more than $2 billion in investment and are scheduled to be completed by 2025. Ahmedabad’s rapid transit bus system opened in 2009 and is now fully operational.

Finally, work on the Mumbai-Ahemdabad high-speed rail line is expected to begin soon. By July 2020, 60% of the required land would have been acquired restrictions are lowered.

Projects will be carried on. The larger corridor is expected to be completed by 2037 at a cost of $90 billion USD. We’ll have to wait and see if it succeeds in boosting the Indian economy and creating millions of jobs.

With An explanation of the Delhi-Mumbai Industrial Corridor and many more such topics: Industrial plots team help you to get the best industrial plots within NCR. Contact us on +91 9891606264 or visit our site for more information.