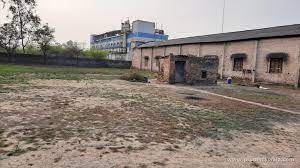 Haryana has risen to the top of the preferred investment destinations for domestic and international investors. Haryana is India's top industrial investment zone due to many factors, including proximity to the NCR, great infrastructure, progressive policy, trained labour, and a responsive administration. We serve most of Haryana's industrial areas, including Reliance MET, IMT Manesar, Bahadurgarh Industrial Area, Bawal, IMT Kharkhoda, and IMT Rohtak.

On Thursday, an HSIIDC representative confirmed this, adding that a pre-bid meeting will be held on April 30. He stated that the business has proposed a PPP model for developing the IMT across 1,292 acres of land. Near Nuh district, the projected IMT will wrap around to the north of the Kundli Manesar Palwal (KMP) Expressway.

The site is strategically placed at the crossroads of NH-248A and the KMP Expressway, some 36 kilometres south of Gurugram's Sohna Chowk.

The State government recently announced that a five-kilometer elevated corridor will be built from Subash Chowk to Sohna Road after Badshapur village, reducing travel time to the Millennium City even more. The property is about 50 kilometres from the Indira Gandhi International Airport and is part of the National Capital Region (NCR). The planned IMT is envisioned for the development of Mewat's industrially backward region through a cooperative development model. Private players' experience, efficiency, and financial resources will aid in establishing a world-class IMT. As a result, the region's unrealized industrial potential is revealed. Potential developers and operators with experience in the development and operation of large-scale integrated industrial townships are encouraged to participate.

The HSIIDC has already issued a request for Expressions of Interest for IMT development. HSIIDC, Haryana's main body for industrial infrastructure development, has previously built six IMTs in the state, notably in Manesar, Bawal, Rohtak, and Nuh. Private participation will be sought through an e-auction including international competitive bidding. The HSIIDC hopes this site to attract top developers, buoyed by the success of the e-auction of its commercial site in Gurugram.

The HSIIDC will be responsible for providing consolidated land for the project, while the developer/project company will be responsible for designing and planning the project, which will include industrial, commercial, and residential components. The concession period for this joint development project will be 12 years. The developer must set aside at least 35% of the total land for industrial use and no more than 30% of the total area for residential/commercial use, with a maximum of 5% for commercial sites.

Industrial Lands are available at a super-prime location on the main Sohna-Gurgaon Road (NH-248A), with an excellent road connection to Delhi and the NCR. Gurugram is 15 minutes from the Sohna Gurgaon Link Road, with a 1,000-foot frontage on Sohna Alwar Road (next to KMP and IMT Sohna), and is well connected to all industrial towns such as Manesar, Neemrana, Meerut, and Panipat. Also, the Delhi-NCR and Peripheral Road Network are well connected.

The total land area is currently 1250 acres, with the possibility of expanding to 3,000 acres.

An official spokesperson told reporters here on Tuesday that the reserve price for allotment of 180 acres of property in IMT Sohna has been set at Rs 3.05 crore per acre. According to him, the property is around 46.6 kilometres from New Delhi's International Airport and 30.8 kilometres from Gurugram.

IMT Sohna is located near the future Delhi Mumbai Industrial Corridor on the Gurgaon-Alwar route and the Kundli Manesar Palwal Expressway. IMT Sohna, which covers around 1501 acres of land, includes all of the necessary amenities, including a sewerage disposal system and a power distribution system.

Supertech Hilltown is located in the gated community of Sohna, Gurgaon, and has easy access to the 6 lane National Highway, as well as the Western Peripheral Expressway (Kundli – Manesar – Palwal), which is only 5 kilometres away. The best aspect about this low-cost option is that a prestigious educational institute like IMT Sohna is only a 10-minute drive away. The closest metro stations to Supertech Hill town Gurgaon are City Centre and Sikandarpur. All of the top schools, including GD Goenka World School and Ryan International, are close by. Residents of Supertech Hill Town, Sector 2 Sohna will be able to enjoy the mesmerising sight of manicured green parks, wide roads, and dazzling infrastructure, as well as 24 hour security, entry/exit, and communal facilities.

The Haryana State Industrial and Infrastructure Creation Corporation (HSIIDC) has issued a request for proposals for the assignment of around 150 industrial plots in IMT Sohna for the development of a giant leather park. The state government is building a gigantic leather park in Sohna as part of the Indian Leather Development Programme (ILDP) of the Department of Industrial Policy and Promotion(DIPP).

We've opened the application process for plots at the gigantic leather park. The site sizes will vary, and the allocation will be on a 99-year leasehold basis,” said an HSIIDC official. There will be 20 plots of roughly 4050 square metres, 60 plots of 1800 square metres, and another 52 plots of around 1000 square metres.

The Haryana State Industrial and Infrastructure Development Corporation Ltd (HSIIDC), a government-owned company, plans to build a "Mega Leather Cluster" in Sohna (previously Called IMT Rojka meo), Haryana. The project will be built on 105 acres of land in the Industrial Model Township (IMT) in Sohna, and the projected MLC will be a non-tannery cluster.

Units dedicated to the manufacture of footwear, footwear components, leather goods (including gloves), leather clothing, and Saddlery & Harness items, among other things, will be part of the proposed Mega Leather Cluster.

This is a perfect chance for the footwear, leather products, and accessories sectors to construct units in the projected Mega Leather Cluster in Sohna, Haryana, which will have infrastructural facilities. According to the advertisement, the plot allotment will be controlled by relevant clauses of the Estate Management Procedures (EMP) as revised from time to time, which may be found on the HSIIDC e-governance portal.

HSIIDC has released an advertisement inviting members of CLE to submit ONLINE applications for allotment of industrial plots on a leasehold basis for the establishment of manufacturing businesses in Mega Leather Cluster, IMT Sohna, Haryana.